Here are some recent and upcoming appearances:
SXSW in Austin, TX announces appearance by Todd at the 2018 music festival.
Tomorrow (May 12, Mother's Day) is the webcast for Todd's Official STATE Visit live from the Paramount Theater in Huntington, (Long Island,) New York. Even if you can't watch it live, the webcast will be available ON DEMAND until September 15. This is a great deal for only $19.95.

Visit http://www.toddwebcast.com to sign up, and check out the new video trailer at http://ksstudio.com/State_trailer.html, to get a taste of the show. 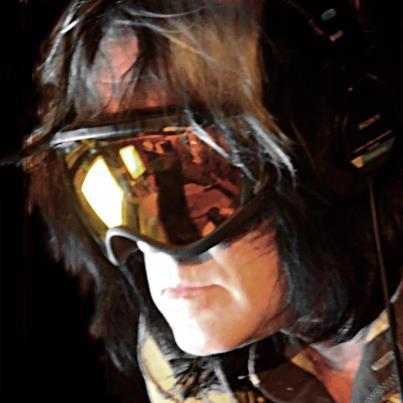 Todd Rundgren will release his new studio album "State" on the Esoteric Antenna label via Cherry Red on Monday, April 8, 2013. It's his 24th solo studio album.

The accompanying tour "Official State Visit" follows beginning in May

Toddstock II V6.5 has been announced! The festivities are June 17-22, 2013 at Nottoway Plantation & Resort, near New Orleans, Louisiana. Check http://toddstock2v65.com for details.

Rooms are also available at the nearby Best Western. Book through Jennifer@nottoway.com

Today Ringo Starr announced his 13th All Starr Band, which will launch June 14, 2012 from Fallsview Casino in Niagara Falls, Ontario and conclude July 21, 2012 at the Greek Theater in Los Angeles, California. New to the All Starrs are Steve Lukather (Toto) and Gregg Rolie (Santana & Journey) who will join All Starr alumni Richard Page, Todd Rundgren, Mark Rivera, and Gregg Bissonette.

The tour is being produced by Dave Hart and as always fans can expect to hear a jukebox worth of hits. Ringo classic’s such as “It Don’t Come Easy”, “Photograph”, “Little Help From My Friends”, “Yellow Submarine” and “Wings", from Starr’s just released 17th solo record, Ringo 2012 (Hip-O/Ume). All Starr’s hits include “Rosanna,” “Broken Wings,” “Hello It’s Me,” “Black Magic Woman.”

Todd Rundgren, rock and roll icon, guitarist, interactive progenitor, singer-songwriter and record producer, plays the Manchester HMV Ritz on Saturday October 1st. The Manchester date is the first of several UK concerts billed as "An Evening With Todd Rundgren". the shows are described as "The greatest hits tour Todd fans have been waiting to see for years."

These are Rundgren's first UK dates since 2010's sold-out London Hammersmith Apollo concert where he performed his 1973 album A Wizard, A True Star.

Rundgren is widely regarded as the godfather of music and multimedia. Having founded and The Nazz, the quintessential `60's power-pop psychedelic band, in 1969 he left them to pursue a solo career, recording his debut offering, the classic Runt. It was 1972's seminal Something/Anything, on which he played all the instruments, sang all the vocal parts, and acted as his own producer, that catapulted Todd into the superstar limelight.

If you are a true Todd Rundgren fan, then you don't want to miss out on this exclusive live broadcast through TodoCast TV of Todd Rundgren Live at the Coach House on July 16! You can enjoy Todd Rundgren from the comfort of your own home.

Todd will be performing “An Evening with Todd Rundgren”, universally described by the US press as “The greatest hits tour his fans have been waiting to see for years.”

The October 2011 dates mark Rundgren’s first UK shows since 2010’s sold-out London Hammersmith Apollo concert where he performed the entirety of his 1973 milestone album A Wizard, A True Star.

An acclaimed record producer, composer, songwriter and recording artist, Rundgren is widely regarded as the acknowledged godfather of the marriage of music and multimedia. Having founded and fronted The Nazz, the quintessential `60's power-pop psychedelic band, in 1969 he left them to pursue a solo career, recording his debut offering, the classic Runt.

It was 1972's seminal Something/Anything?, on which he played all the instruments, sang all the vocal parts, and acted as his own producer, that catapulted Todd into the superstar limelight. Among Rundgren's impressive 50+ production projects are albums by Patti Smith, Cheap Trick, Psychedelic Furs, XTC, Grand Funk Railroad, Hall & Oates, and Meat Loaf’s multi-platinum debut Bat Out Of Hell.

Todd reportedly among the "many more" to appear at the Propect Park Bandshell.

The maverick music producer Hal Willner brings his singular network of artists and his genius for curating multi-artist concept shows to the music of the Civil Rights Movement. This concert celebrates the 50th anniversary of the Freedom Rides. The evening begins with a pre-performance artists’ discussion.

Nevessa is proud to announce a webcast concert by Utopia in a special Reunion performance on February 2, 2011 at 8PM EST. Recorded at the Highline Ballroom in New York City on January 30th it will include musicians Kevin Ellman, Jesse Gress, Moogy Klingman, Todd Rundgren, Ralph Schuckett, John Siegler and Kasim Sulton.

This is a not to be missed event for every Utopia fan.

Each $19.95 webcast ticket includes access to the webcast and video on demand for 30 DAYS.

The webcast will be available in three stream rates.

You can switch easily between them to see which works best for you. A 400k stream for those with slower machines or connections, an 800k stream and a new pristine 1200k stream for near HD quality. Our 24/7 customer support can assist you with any connection issues.

This webcast is produced by Nevessa Production Woodstock. If you have further questions please contact us at events@nevessa.com

More details regarding Todd Fantasy Camp public concerts. Please note clarification on cover charges per evening event. All of these are in the Sacramento metropolitan area. Driving time estimates are shown for each location, based on my own personal experience. Public Transit is not likely to be a viable option.

Also, all evening events will be broadcast live over the internet.

There are a few packages for this:

http://www.todocast.tv/gigatone/final/
Todd makes a rare concert appearance in Sacramento, CA (you know I'll be there) when he plays "Pearl on the River Patio Jam" on Monday, January 17, 2011. Details at their site. Tickets will go on sale after January 3, 2011. It's in conjunction with the MyRecordFantasy Camp and a portion of the proceeds will benefit the Make-A-Wish Foundation.
Todd Rundgren's Utopia. Yes, you read that right. Todd Rundgren's Utopia featuring the original 1974 lineup for Rundgren, Klingman, Siegler, Schuckett and Ellman (sorry, no Frog). Plus a special appearance by Kasim Sulton. All at the Highline Ballroom in New York City on January 29, 2011. The show is already sold out, but a second show is scheduled (tickets not yet on sale) for Sunday, January 30, 2011. 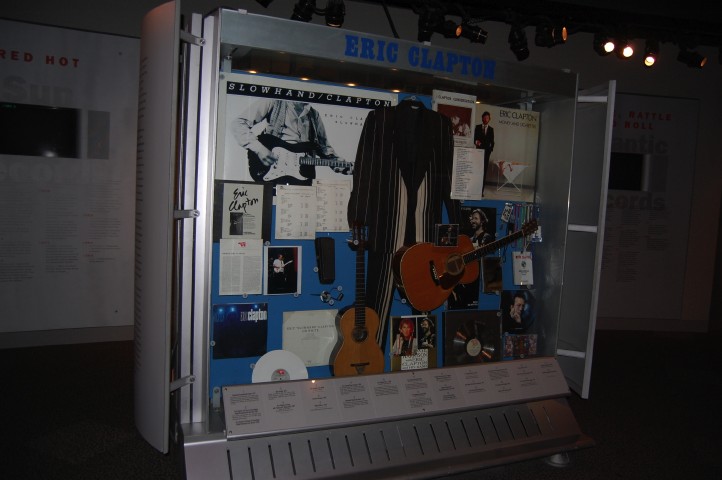 A special exhibit will be debuting at Cleveland's Rock & Rock Hall of Fame on September fourth featuring items contributed by Todd and collected by Michele. Michele describes it as thus:

Just so we are all clear and there are no misconceptions..... This is what the Exhibit will look like for Todd at the Rock & Roll Hall of Fame. It's not a retrospective but a display. In fact, I think we are bumping Eric Clapton out of his glass apartment and taking over the lease! See ya in Akron and then Cleveland!

The likely location appears to be the current display case for Eric Clapton memorabilia, displayed here. Todd is expected to make an appearance at the HOF on Monday, September 6, along with Roger Powell and Kasim Sulton for a photo op and autographs.
The universe is abuzz with the news that Todd will perform "A Wizard, A True Star" live for Rundgren Radio Birthday Bash II this coming Labor Day Weekend. Tickets will go on sale for this event-not-to-be-missed on Monday, May 4. The show will take place in the Akron Civic Theatre in Akron, OHio on Sunday, September 6, 2009. For the latest information, check out www.awatslive.com and keep an ear to RundgrenRadio.com.
Todd is scheduled to be a speaker for the DePauw University (Greencastle, IN) Timothy and Sharon Ubben Lecture Series. He's to speak on April 8, 2009 at 7:30 PM (Note corrected time]. Admission is free. For additional information (and a great overview article on Todd's career) see the announcement and for a follow-up article.
As has been highly-reported in the online press, Todd is a participant in the 2009 Rock 'n' Roll Fantasy Camp, held in Hollywood, CA from April 29-May 3. For additional details, see http://www.rockcamp.com/. It's not for the casual fan, as it does cost thousands of dollars to attend.
Todd was a featured keynote speaker at the "Billboard 2004 Digital Entertainment Conference & Awards" on November 4, 2004 in Los Angeles.

Karen Pals attended and prepared this report on his comments.

Todd is not actively engaged in any productions at this time.